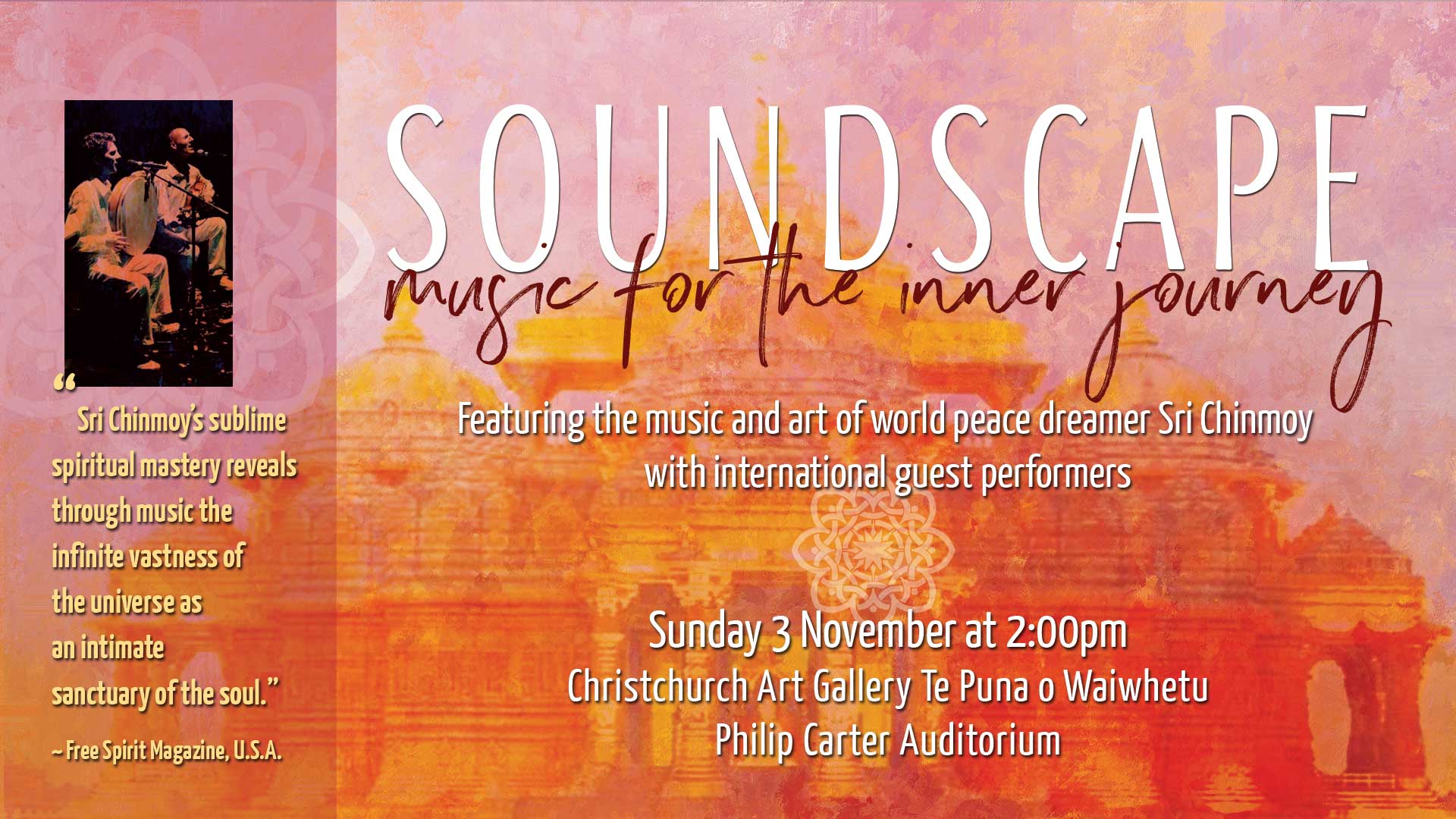 Featuring the music and art of Sri Chinmoy with international guest musicians.

Reserve your seats at https://www.eventbrite.co.nz

ABOUT THE PERFORMERS
Vapushtara Jongepier began playing piano at age 6. He studied piano and jazz at a conservatory in the Netherlands and began performing the music of Sri Chinmoy in 1995. Vapushtara has orchestrated a number of major musical works of Sri Chinmoy as conductor of the international Gandharva Loka Orchestra.

Adarsha Kelly, from Glasgow Scotland, is an accomplished vocal performer who has sung in concerts around the world. A reviewer of one of Adarsha’s CDs has written: “Adarsha’s singing is something to be felt; it resonates in your entire being, until it reaches your heart’s core. Once there, it breaks open the door and moves you in your very depths.”

The Monk Party duo consists of amazing session musician Pragunya Myers-Daly and son Nelson, who inherited his father’s musical talents and some. The music of Monk Party is a captivating soulful experience, peacefully uplifting the listener with the rich mantra’s of spiritual teacher Sri Chinmoy. Using instruments from around the globe you will hear influences from Turkish, Middle Eastern, Indian and Jazz. New Zealand Musician Magazine has written: “It may be devotional, ancient, hauntingly Middle Eastern and involve mantras, but ultimately it is timeless and true World music. Recommended if you’re trying to lead a better and calmer life.”

Over his lifetime, Sri Chinmoy offered almost 800 concerts around the world, all of them free of charge, in the belief that the inner peace and happiness he sought to convey through his music was everyone’s birthright. We are proud to continue that self-giving tradition by offering all concerts free of charge.

“Music is the universal language. Soulful music is next to meditation, and it carries the beauty and fragrance of silence.”  ~  Sri Chinmoy

SOUNDSCAPE IS PART OF THE MUSIC FOR INNER PEACE CONCERT TOUR INNERMUSIC2019.ORG